The Russian Studies Workshop is sponsoring this lecture by our postdoctoral fellow Alexandra Novitskaya:

From the 2013 adoption of the so-called gay propaganda law to the 2022 full-scale invasion of Ukraine, homophobia has been a central component in Russia’s conservative turn. The government, political elites, pro-state media and Vladimir Putin himself have portrayed LGBTQ Russians as the enemy within, either as a threat to Russia’s population, or as the national traitors on the Western payroll. But how come that the Russian LGBTQ community – a relatively small part of the population and the modest human rights organizations that represent them – became consistently linked to treasury, espionage, and anti-Russian plotting?

In this talk, RSW Postdoctoral Fellow Alexandra Novitskaya will discuss the geopolitical dimensions of increasing anti-LGBTQ attitudes in Russia. Based on her research of recent LGBTQ migration out of Russia and other post-Soviet states, she will analyze a Cold War-like rhetoric around sexual rights propelled by both Russia and the United States and its real-life impact on LGBTQ Russians as well as queer communities in other post-Soviet countries.

A recording of the lecture is available at: https://youtu.be/8jf13Fr0EDE 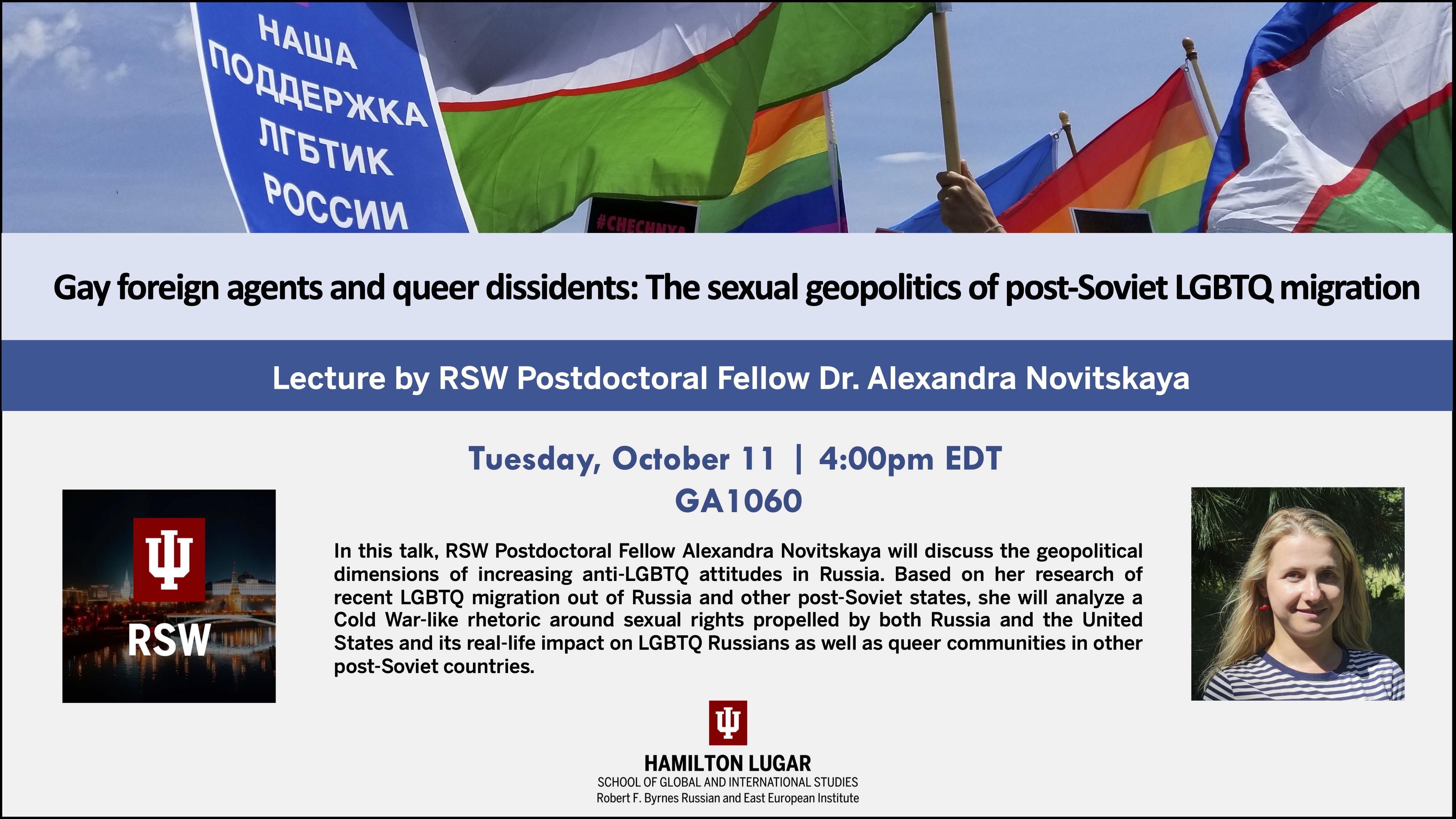