The RSW Spring 2021 Film Series, Power, Poetics, and Play: Documenting Soviet Legacies, will screen the 2019 documentary "VOY" ("БОЙ"), directed by Maxim Arbugaev. "VOY" tells the story of the Russian Paralympic Blind Football team, which is preparing for the most important event in their lives - the European Championship. The Team has only one goal - to win the gold medal at any cost! Film includes English subtitles.  The screening will be introduced by Director Maxim Arbugaev and followed by a conversation and Q&A with Arbugaev and IU Professor Sarah Phillips.

Co-sponsored by the Department of Anthropology and the Center for Documentary Research and Practice.

You can view the official film trailer on the VOY website. 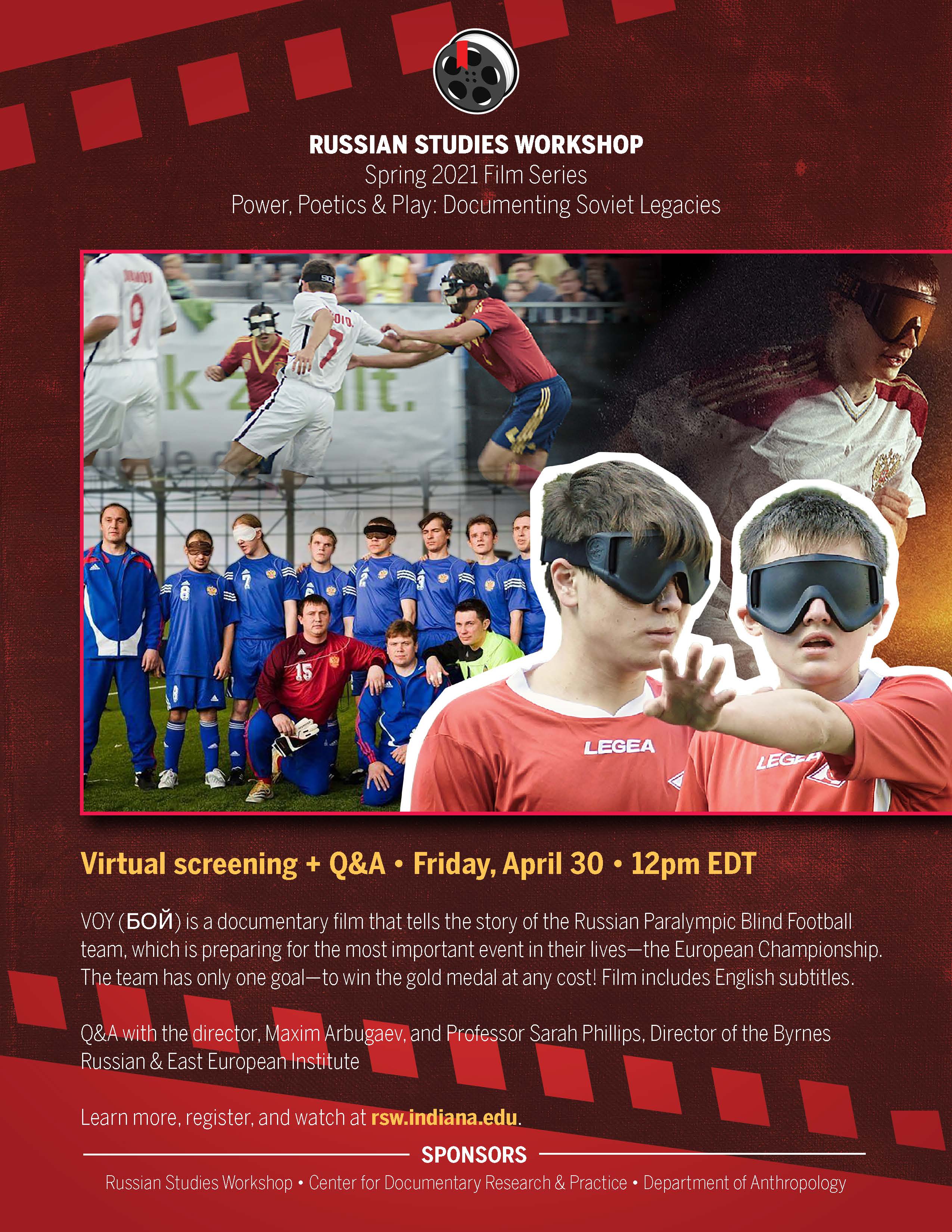