The RSW Spring 2021 Film Series, Power, Poetics, and Play: Documenting Soviet Legacies, will screen the 2016 documentary “Operation Wedding” that was directed by Anat Zalmonson Kuznetsov. The screening will be introduced by the filmmaker and followed by comments, conversation, and Q&A with the filmmaker and Professor Ben Nathans, Associate Professor of History at University of Pennsylvania.

"Operation Wedding" is the compelling story of the filmmaker’s parents and others who, in 1970, conspired to escape the Soviet Union for freedom in Israel. Decades later, the filmmaker and her mother retrace the group’s journey from a Soviet airport to a KGB prison. Cigarettes and vodka fuel interviews with the parents filled with intelligence and humor. Archives, reenactments and interviews with KGB officers enhance this inspiring story of young Jews who imagined freedom and cracked the Iron Curtain. In English, Russian, and Hebrew.

Co-sponsored by the Borns Jewish Studies Program and the Center for Documentary Research and Practice. 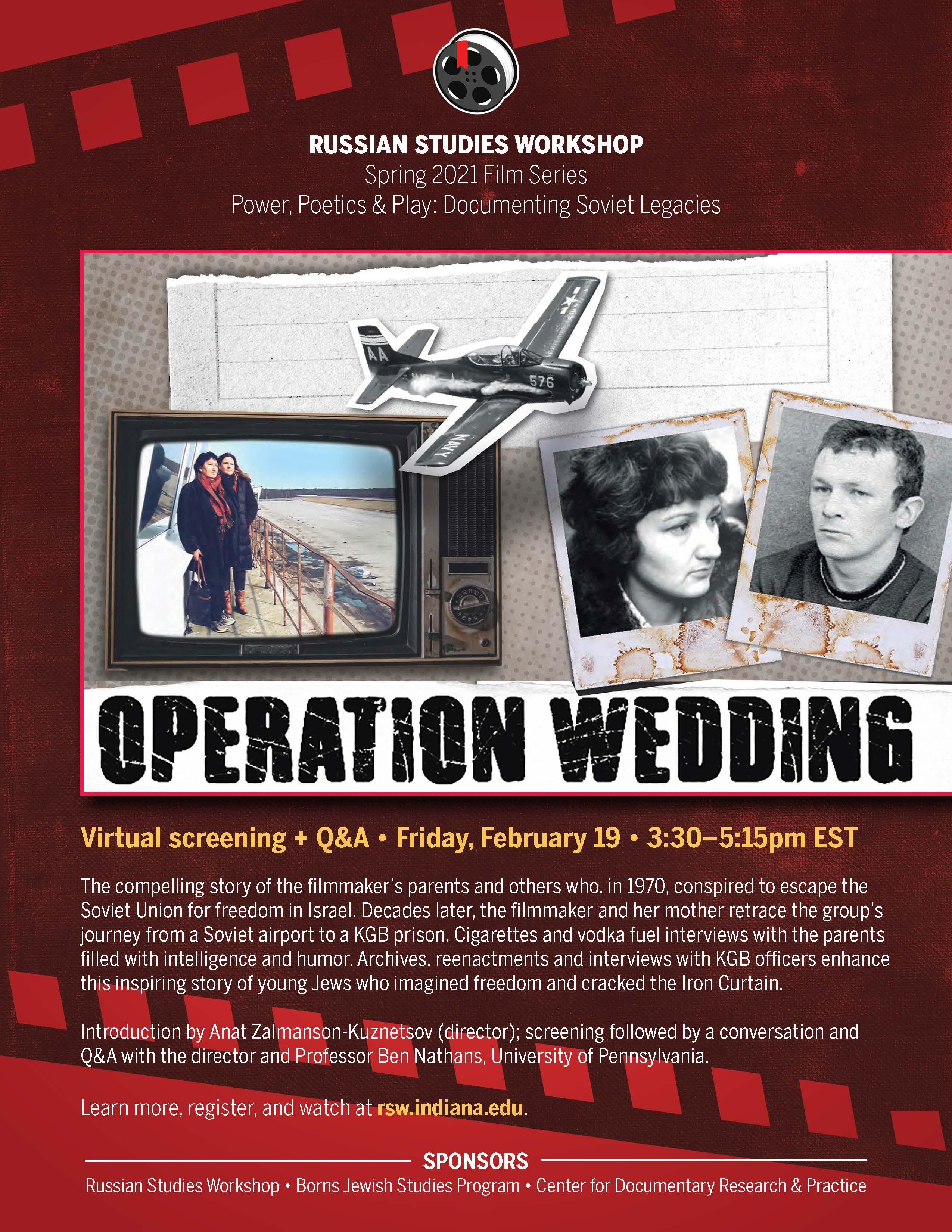