State Funeral chronicles the four days leading up to the funeral of Joseph Stalin with footage of the millions of mourners who flocked to Moscow to pay their respects following the death of the leader of the Soviet Union.

"A MESMERIZING, two-hour assemblage fashioned from archival material…, Sergei Loznitsa’s State Funeral is both awesome and stupefying, conjuring the spectacle of a dead pharaoh laid to rest in a celluloid pyramid of his own design." [J Hoberman, Artforum]

The Ukrainian-born filmmaker Sergei Loznitsa both wrote and directed this film, and he will join us virtually to introduce the film and return for a discussion and Q&A after the screening. IU Professor Joshua Malitsky will moderate the session, and Professor Lilya Kaganovsky (University of Illinois) will also join the discussion via Zoom. 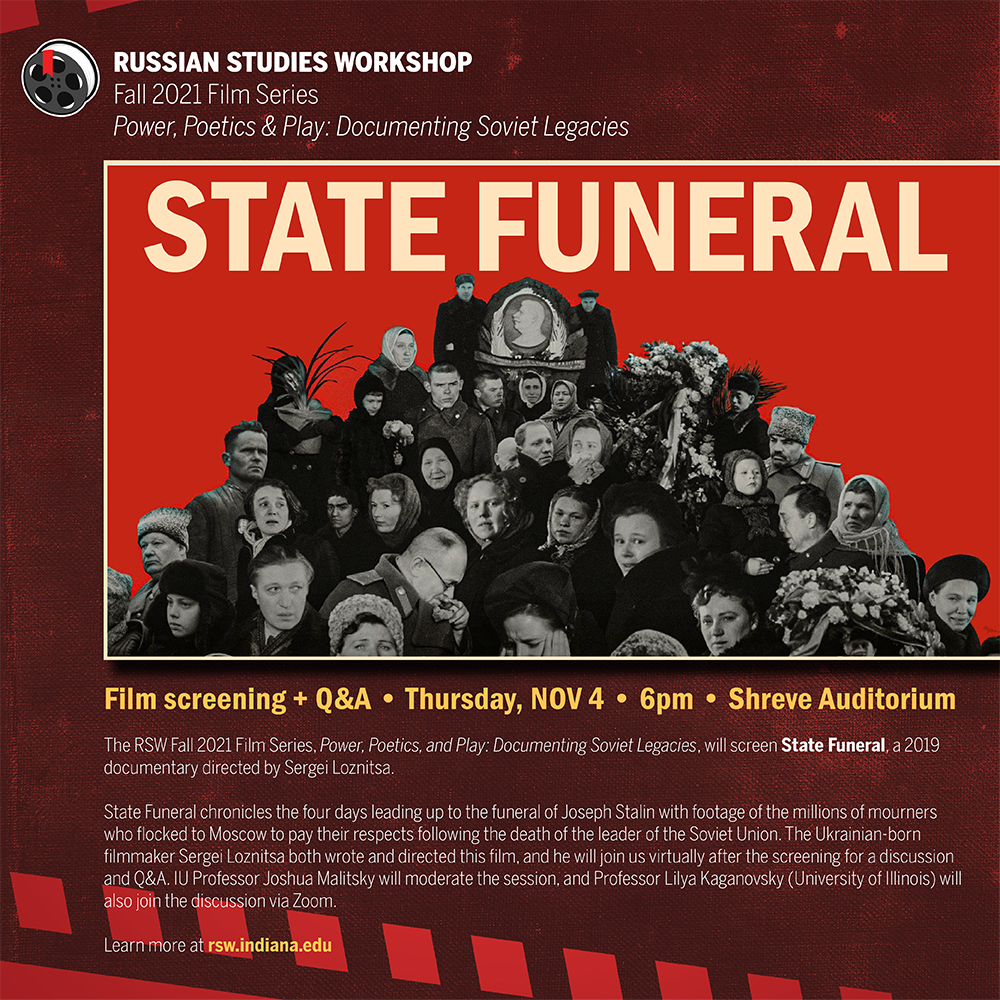 Sponsored by the Sponsored by the Robert F. Byrnes Russian and East European Institute, Russian Studies Workshop (RSW) and the IU Center for Documentary Research and Practice.