Truba [Pipeline], a 2013 documentary directed by Vitaly Manskiy, will be the first screening this fall in the RSW Documentary Film Series: Power, Poetics, and Play: Documenting Soviet Legacies. “Director Vitaly Manskiy sets off on the trail of the Trans-Siberian gas pipeline to find out what it’s like for ordinary people living in its vicinity.” [IMDb]

Professor Margarita Balmaceda (Seton Hall University), author of the new book
Russian Energy Chains: The Remaking of Technopolitics from Siberia to Ukraine to the European Union (Woodrow Wilson Center Series), will provide commentay on the film after the screening, in a conversation moderated by IU Professor Michael DeGroot. This film screening is part of the Fall 2021 Themester programming on the IUB campus. 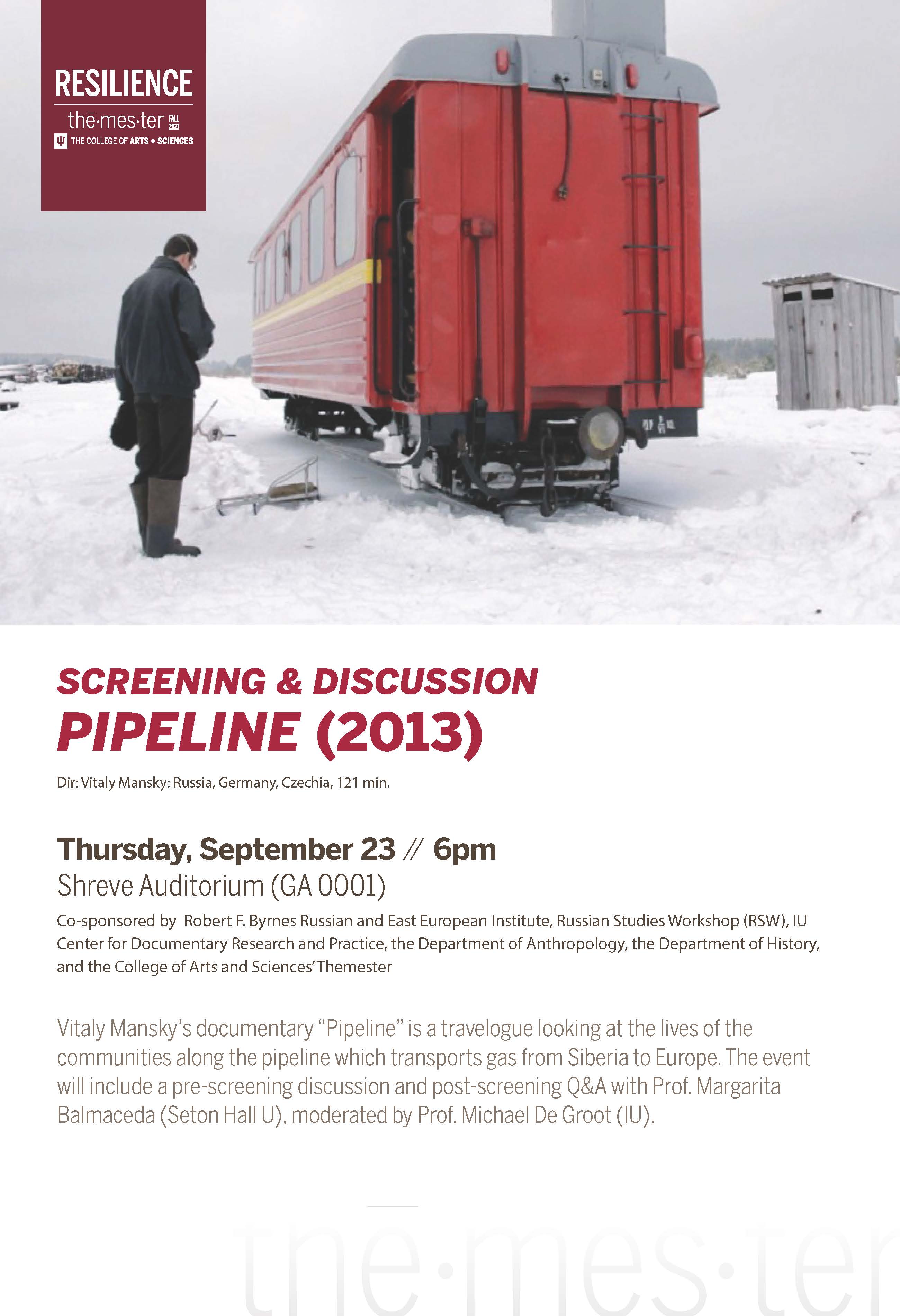 The film is in Russian and German with English subtitles. For more information and to view a trailer: https://deckert-distribution.com/film-catalogue/pipeline/

Sponsored by the Russian Studies Workshop, Robert F. Byrnes Russian and East European Institute, Themester, the Center for Documentary Research and Practice, the Department of Anthropology, and the Department of History.