Kolyma is one of the coldest regions in the world and is notoriously known as the location of one of the deadliest labor camps of the Stalin era. The film brings perspectives of Russian writer and former Kolyma prisoner Varlam Shalamov. The port city Magadan in Kolyma was called “the gate to hell” and the 1200-mile-long road from Magadan to Yakutsk – the Kolyma Highway – was built by prisoners, and is known as a “road of bones.” Filmmaker Stanislaw Mucha followed the route of the GULAG prisoners in the land of gold and death asking questions such as: “Is it possible to love, laugh or be happy there? How do you educate the children? How do you earn money, sing or die?” His documentary portrays the Kolyma region through the lives of local people who oddly never heard of the GULAG, as well as those who are newcomers, are indigenous, or have family history linked to the labor camps. The film was awarded Best Documentary Film at the Achtung Berlin Film Festival 2018.

Prof. Tyler Kirk (University of Alaska Fairbanks) will join us virtually for an intro to the film and a Q&A moderated by IU Professor Russell Valentino. 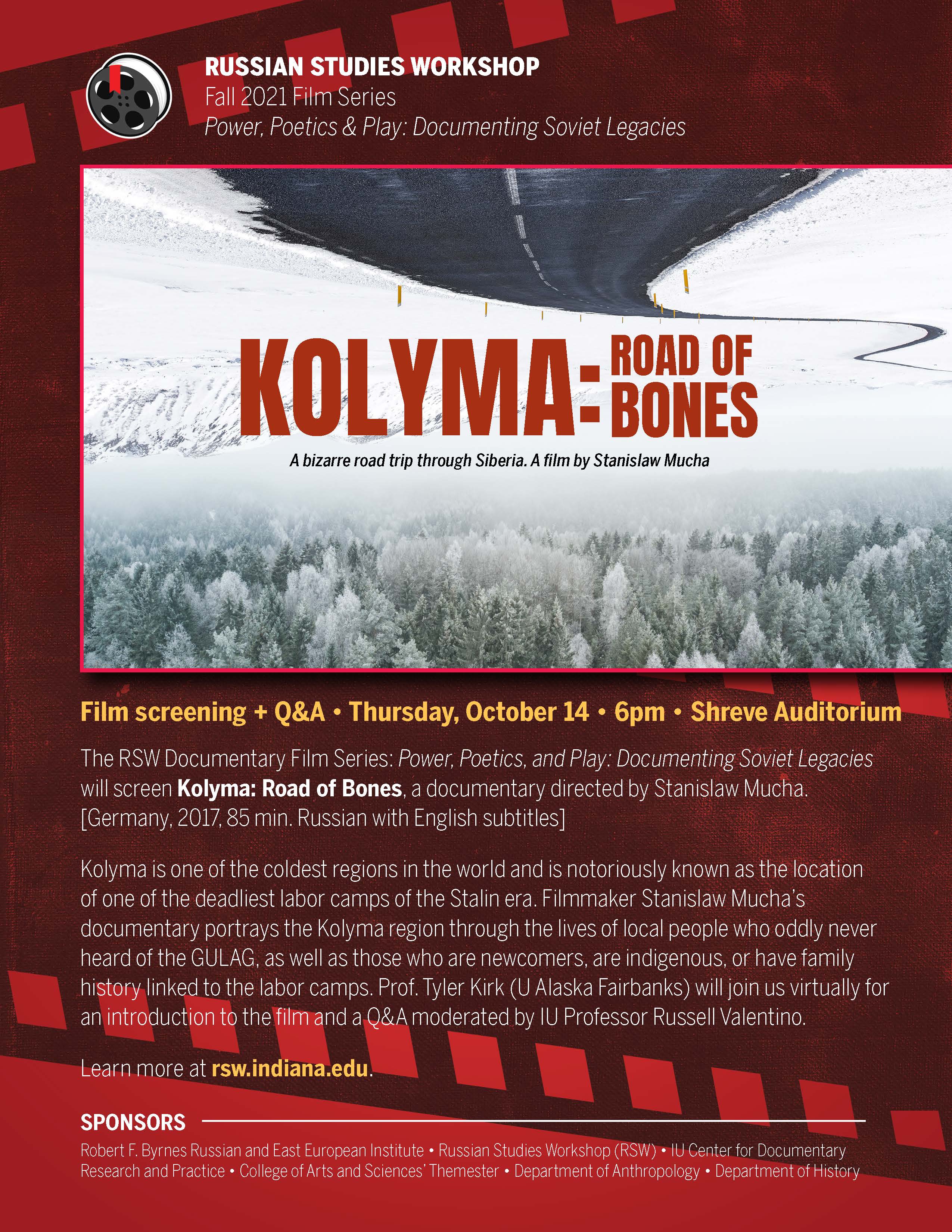