Caryl Emerson: “Dostoevsky Between Theory and Practice, Fantasy and Terror”

“Dostoevsky Between Theory and Practice, Fantasy and Terror”

Professor Caryl Emerson is A. Watson Armour III University Professor Emeritus of Slavic Languages and Literatures at Princeton University.  Her scholarship has focused on the Russian classics (Pushkin, Tolstoy, Dostoevskii), Mikhail Bakhtin, and Russian music, opera and theater.  Recent projects include the Russian modernist Sigizmund Krzhizhanovskii (1887-1950), the allegorical-historical novelist Vladimir Sharov (1952-2018), and the co-editing, with George Pattison and Randall A. Poole, of The Oxford Handbook of Russian Religious Thought.

World-class writers date in different ways, and to different depths.  Dostoevsky’s bicentennial gives us the chance to ponder his continuing extraordinary influence.  Did he “predict” our current 21st-century catastrophes, or is he simply such a fabulous thinker and storyteller that we now perceive our catastrophes in Dostoevskian terms?  If “applied Tolstoy” gives rise to Gandhi and Martin Luther King—spiritually luminous messengers—then “applied Dostoevsky” has always been darker, less idealistic, less ecumenical, indeed, perhaps even demonic.  And yet Dostoevsky is far and away the funnier, more flexible writer, with a comic genius that seems stitched in to his tragic scenarios.

Drawing on the great novels, this talk touches on four interrelated themes.  First, what are the advantages and drawbacks of reading a novelist through the lens of a “theory” (in this case, the hyper-famous but much bashed Mikhail Bakhtin)?  How have theorists understood the most radiant of Dostoevsky’s heroes, Alyosha Karamazov, and how have the strongest of these theorists shown that “living like Alyosha” is a practical ethical option, even during a catastrophe (or especially during catastrophes)?   What are we to do with the hero of The Idiot, Prince Myshkin—that seemingly impractical ethical option—and more generally, what do we do with Dostoevsky’s fantastical, transcendental, ecstatically religious sides in a secular world with agnostic readerships?  And lastly:  Dostoevsky himself has recently been read, strongly, as a major theorist of terrorism and violence.  Perhaps this is his most instructive legacy today?

The intent of this talk is to illustrate how a rising generation of Dostoevsky scholars is pushing back against some of Bakhtin’s now-canonical judgments about this great writer.  It will also pay tribute to two recently departed colleagues, Professors Nina Perlina and Robert Bird, who contributed profoundly to our understanding of Dostoevsky’s quest. 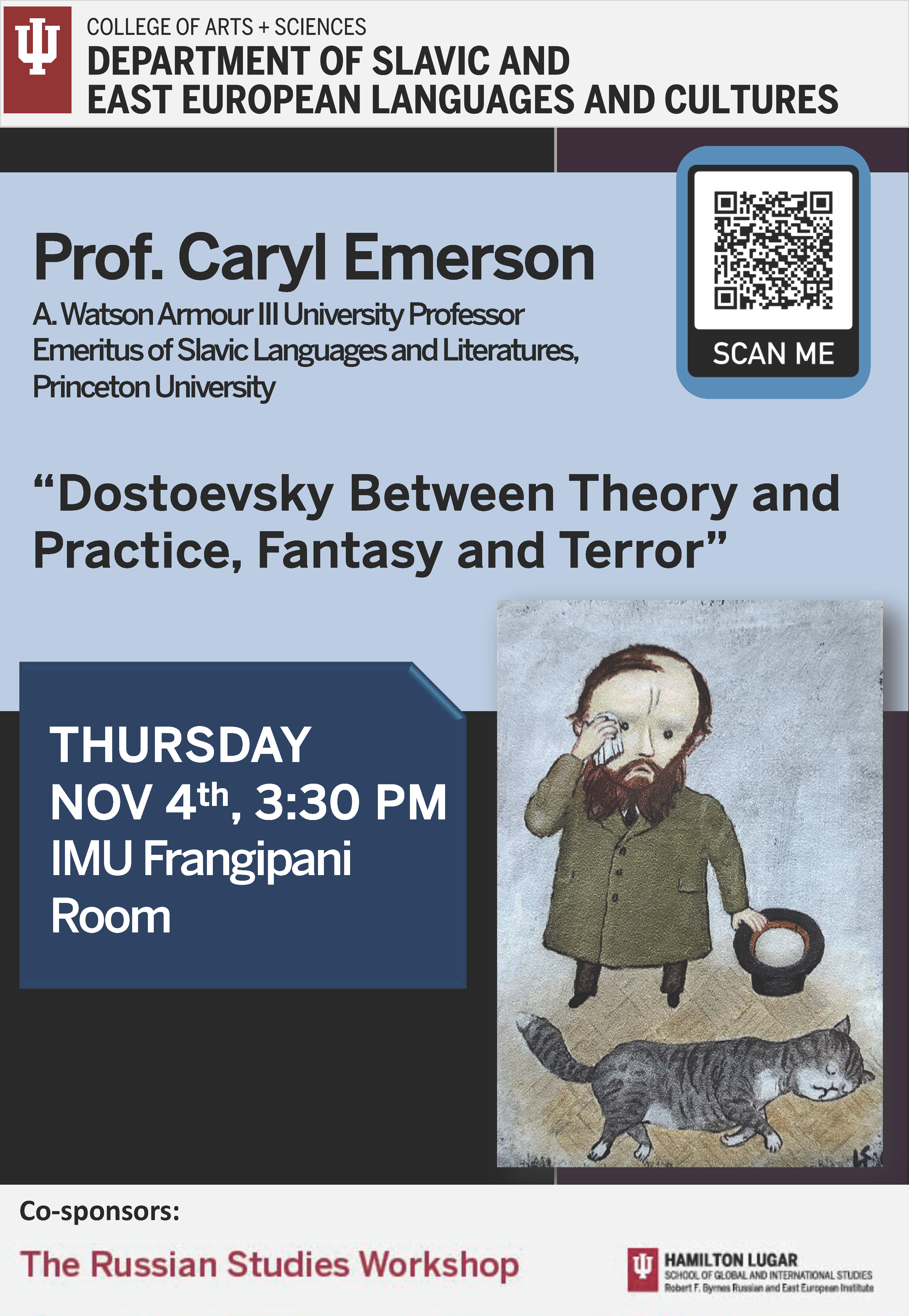