REEI's The  Americanists series presents The Reception of African American Literature in the Soviet Union and Russia, a lecture by Olga Panova.

Olga Panova is Professor in the Department of Foreign Literature at Moscow State University, Lead Research Fellow at the Gorky Institute of World Literatures in the Russian Academy of Sciences, and Editor-in-Chief of Literature of the Americas. A leading Russian specialist in American literature and African American literature in particular, she is the author of Цветные миры: Американская литература в поисках национальной самобытности [Worlds of Color: American Literature in Search of National Identity] (Moscow University Publishers, 2014) as well as articles devoted to the works of Phyllis Wheatley, Claude McKay, Ralph Ellison, and Richard Wright.

Persons with disabilities who wish to attend this event and would like to request assistance should contact the REEI office at (812) 855-7309 or reei@indiana.edu.

Professor Panova will be joining the group in GA 4067 via Zoom. If you are unable to join us in GA 4067, you can register to attend via Zoom. 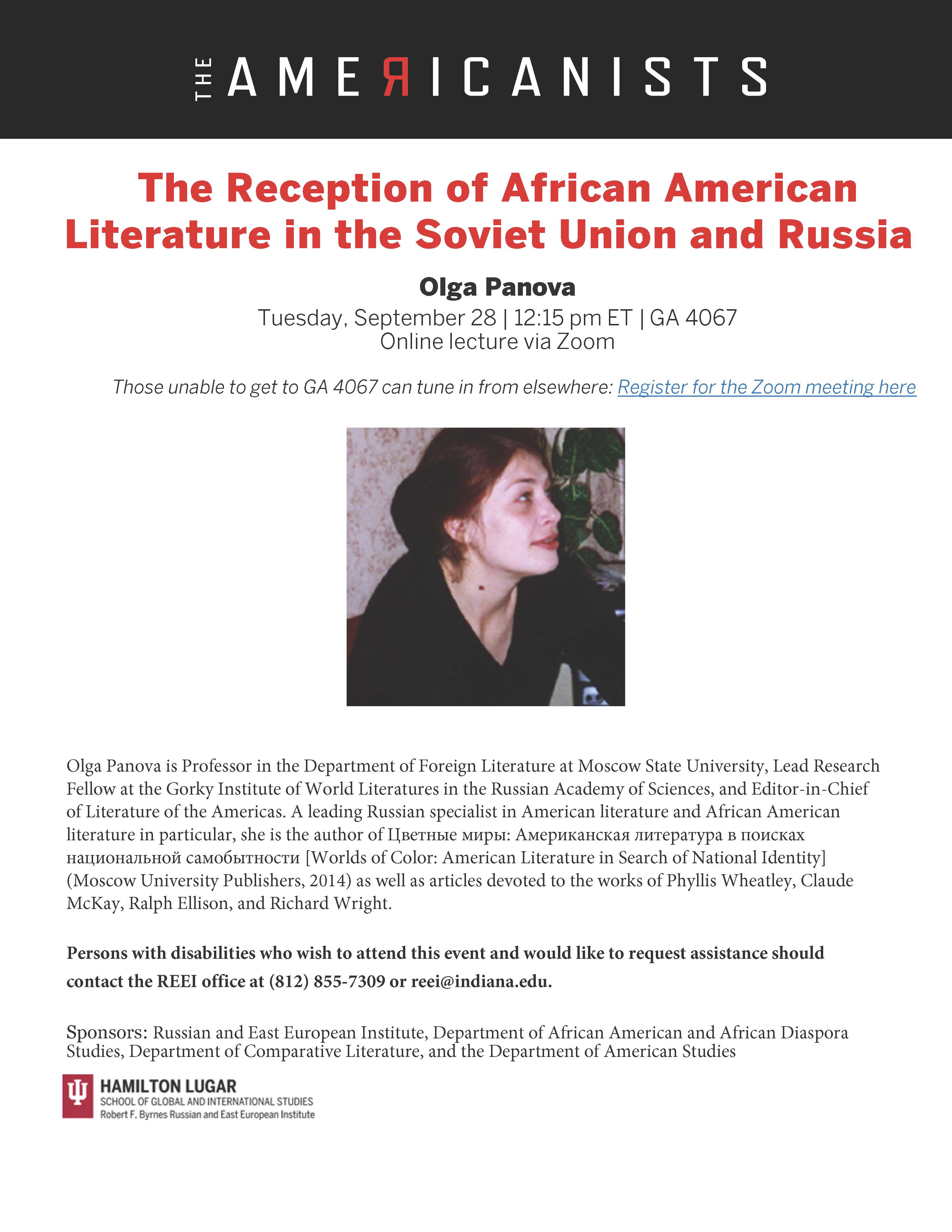