REEI's The  Americanists series presents "Corn Diplomacy” in US-Russia Relations,  a lecture by Victoria Zhuravleva (Russian State University for the Humanities in Moscow). The talk will address America’s repeated efforts to export corn and its technologies for corn production to the Russian Empire and Soviet Union, while considering such questions as how those aspirations shaped the image of Russia in the U.S and how “corn diplomacy” opened avenues of genuine person-to- person exchange in Russian-American relations.

Victoria Zhuravleva is Professor of History and International Relations and Chair of the Department of American Studies at the Russian State University for the Humanities in Moscow, Russia. A specialist in Russian-American relations and U.S. foreign policy, she has authored Understanding Russia in the United States: Myths and Images (in Russian, 2012) and coauthored both World History of the 20th Century (a textbook in Russian, 2002) and Russia and the US: Diplomatic Relations, 1900-1917 (in Russian, 2009). An alumna of the Fulbright Program and the Kennan Institute, she has held multiple visiting professorships in the U.S.

Register for the Zoom meeting 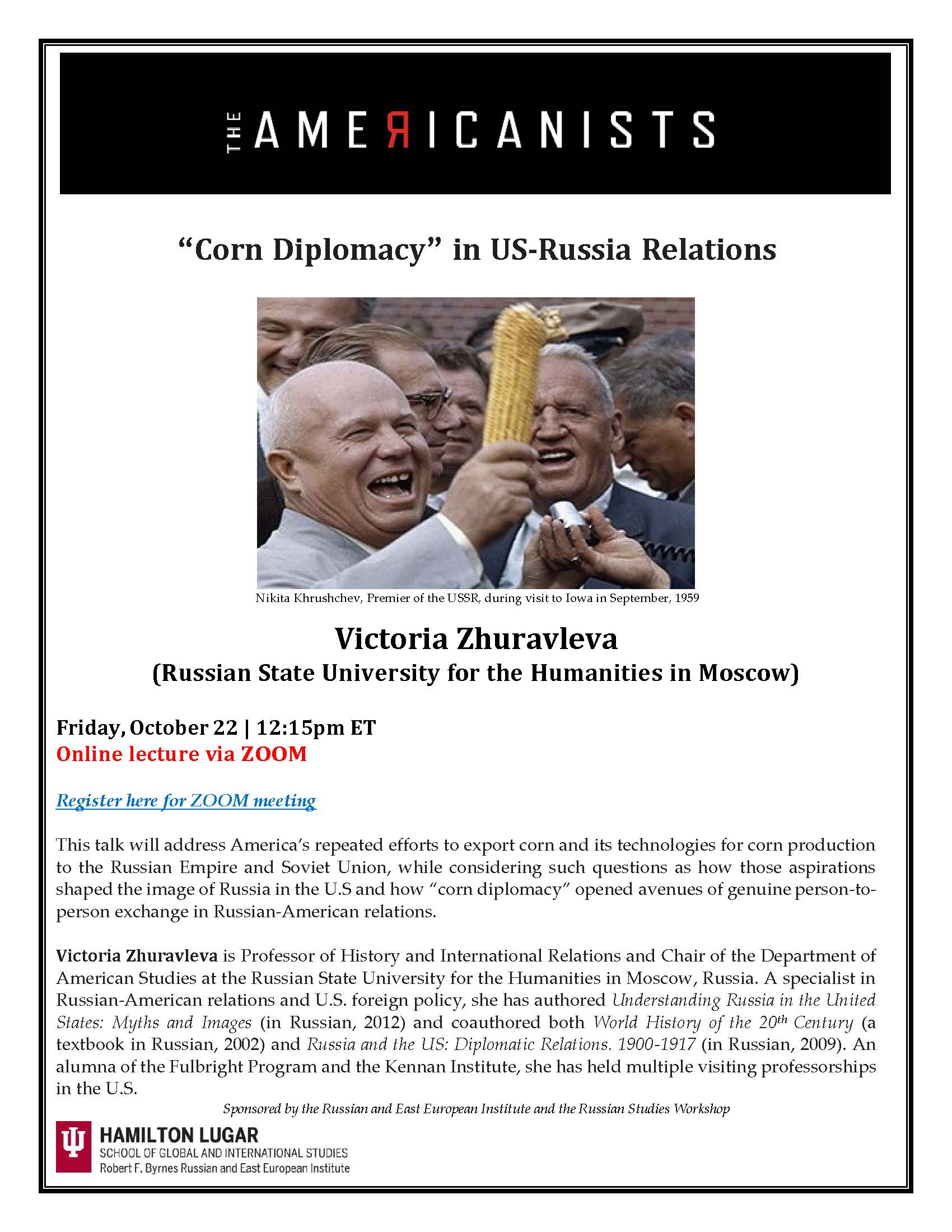 Sponsored by the Robert F. Byrnes Russian and East European Institute and the Russian Studies Workshop.