Drawing on extensive archival research from St. Petersburg, Moscow, and Yerevan, Russia’s Entangled Embrace reveals that the Russian government relied on Armenians to build its empire in the Caucasus and beyond. Analyzing the complexities of this imperial relationship - beyond the reductive question of whether Russia was a friend or foe to Armenians - allows us to study the methods of tsarist imperialism in the context of diasporic distribution, inter-imperial conflict and alliance, nationalism, and religious and economic identity. 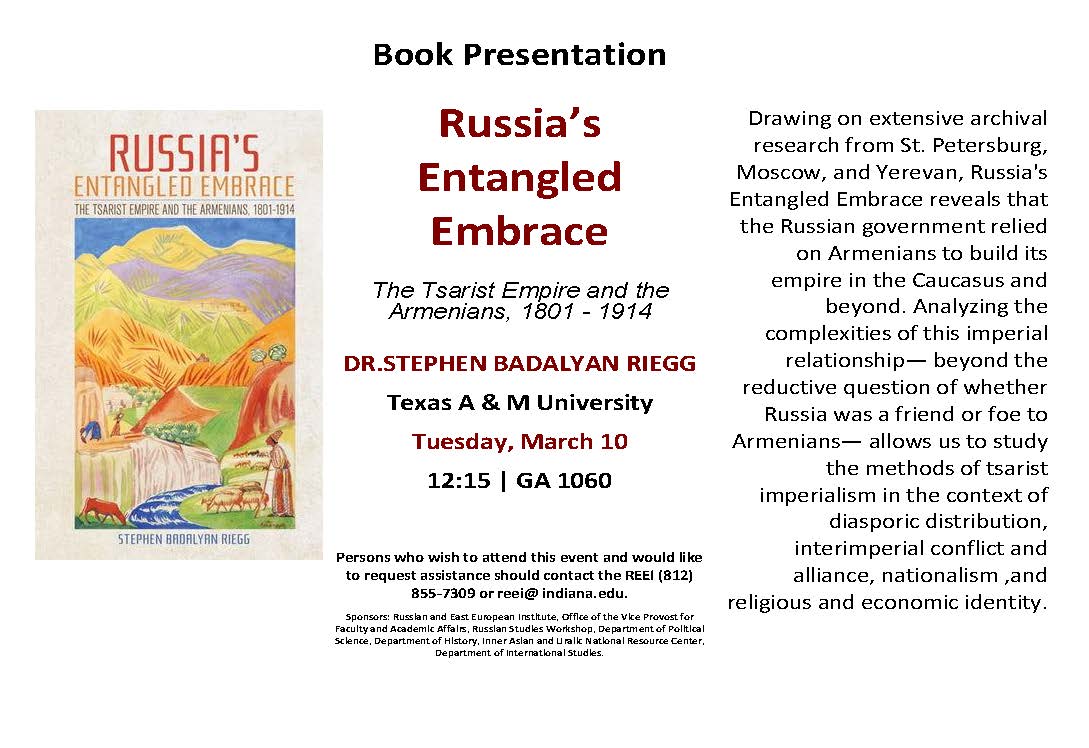