Péter Krekó—political scientist, social psychologist and executive director of the think tank Political Capital Institute—focuses on Russia’s ‘soft power’ policies and political populism and extremism in Europe, as well as fake news. He is a member of the presidential board of the Hungarian Political Science Association and is an expert member of the EU RAN Centre of Excellence. Krekó is a regular commentator for international media including the Washington Post, the Economist, and ABC news. While a Fulbright Visiting Professor at IU 2016-17 with CEUS, Péter taught the course, “Political Systems and Diplomatic Relations after the Fall of Communism.” 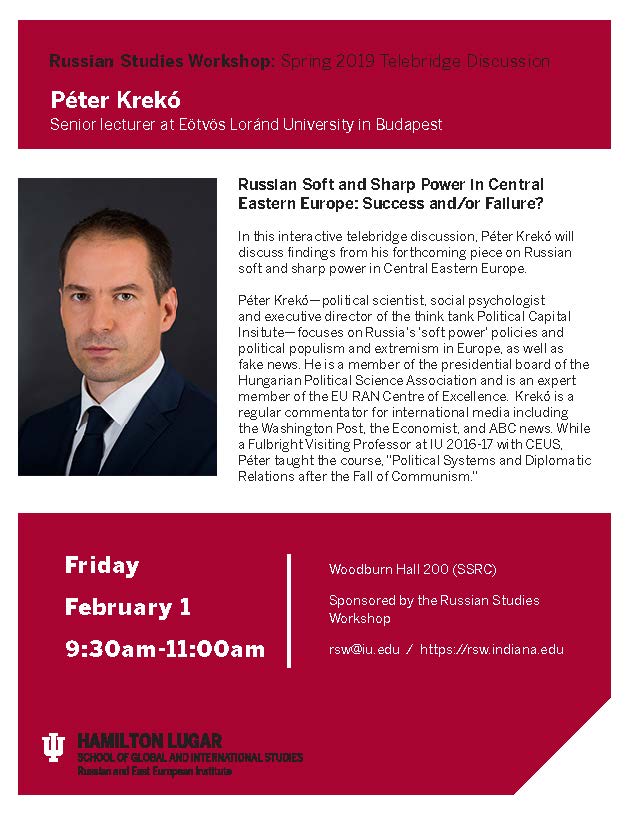