While the impact of large infrastructural projects on Siberia’s people and environment has increasingly been gaining attention, important issues related to local infrastructures are less known. Taking the Evenki village Vershina Khandy as an example, Vera Kuklina’s research explores the relationship between different scales of local indigenous communities, extractive industries, and the state. With the introduction of infrastructural development and new transportation technologies, some traditional routes are being used as a base for public road construction, while others are being replaced by new elements: geological clear-cuts, forestry roads, and service roads, and as such, are informally used by motorized vehicles. These informal roads continue to serve as mediators between the village and large-scale infrastructural projects (e.g., the Baikal-Amur Mainline during the Soviet period, and more recently the Power of Siberia gas pipeline construction). The analysis and observations in this talk are based on materials gathered during summer 2019 field work, which included interviews with local leaders, hunters, and fishermen; travelling by different transportation modes; and participation in local subsistence activities.

Besides her post at GWU, Vera Kuklina is also Senior Research Associate at the V.B. Sochava Institute of Geography of the Siberian Branch of Russian Academy of Sciences. Her research interests include urbanization of indigenous people, traditional land use, socio-ecological systems, cultural geographies of infrastructure and remoteness. 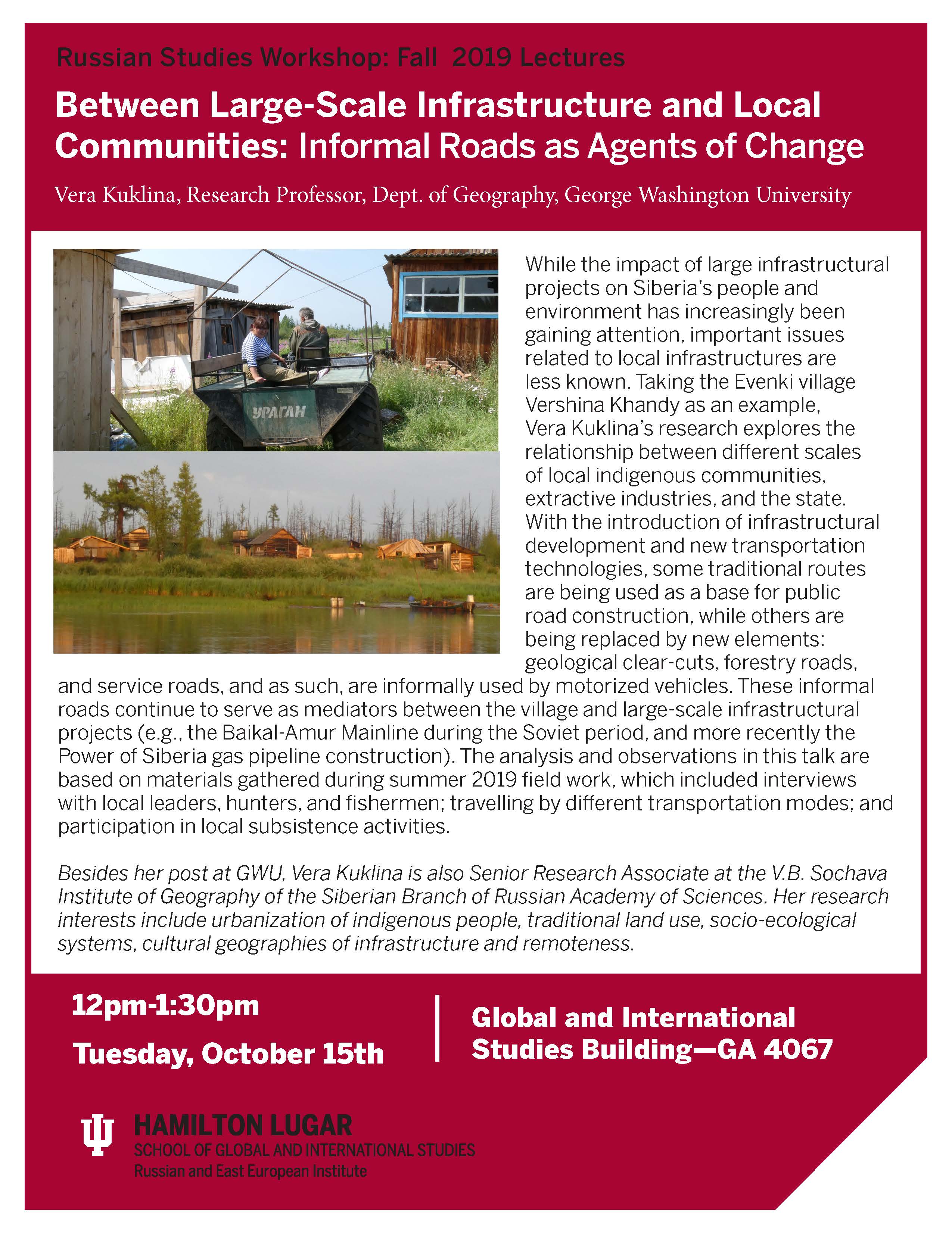