The Lower Tunguska—a tributary in Siberia that flows into the great Yenisei river—was identified several decades ago as a potential site for a massive hydroelectric dam. If the dam were to be built, it would dramatically transform the river and dislocate thousands of people who live in the flood zone. To this day the dam has not been built, and as a result, an entire generation of villagers has had to learn to dwell in the suspended temporality of a deferred catastrophe. Regardless of the construction, drift, and crash of industrial projects, indigenous Evenkis in the area have maintained and adapted their traditional lifeways under dramatically different forms of government and social life. The indeterminacies of future of events—especially catastrophe and planned landscape transformation on grand industrial scales—challenge Evenkis to adapt in a chaotic world and call upon scholars to attend to the entanglements of hope, dread, and anticipation. 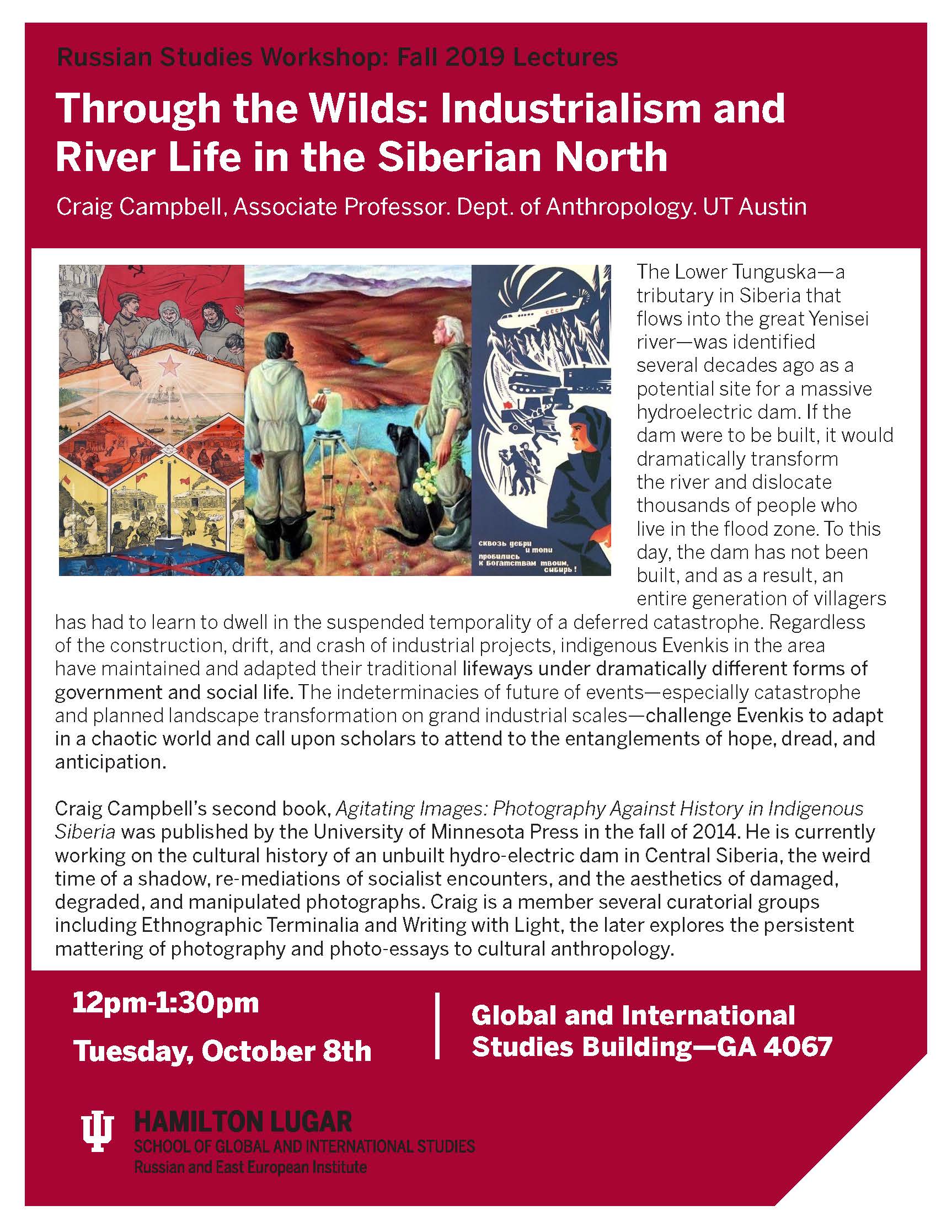