In Defamiliarized Sketches of the Soviet Cuban Imaginary, Jacqueline Loss examines a selection of Cuban photography, film and narrative that defamiliarizes spectators and readers from an already memorialized inventory of the Soviet Cuban imaginary. While Alejandro González, Ábel Arcos Soto and Carlos Machado Quintela take their lead from an older cohort of creators who lived through the fantasy of Soviet-Cuban friendship, Loss argues that what makes these young artists' work so exceptional is the self-conscious frame through which they evoke the Soviet-Cuban friendship as a construction—elaborated through meticulous and repetitive attention, that often lost sight of the reality of individuals' lives in the present.

Jacqueline Loss is Professor of Spanish and Comparative Literary and Cultural Studies at the University of Connecticut. Her recent publications include Dreaming in Russian: The Cuban Soviet Imaginary (University of Texas Press, 2013) and the co-edited collection Caviar with Rum: Cuba-USSR and the Post-Soviet Experience (Palgrave Macmillan, 2012). 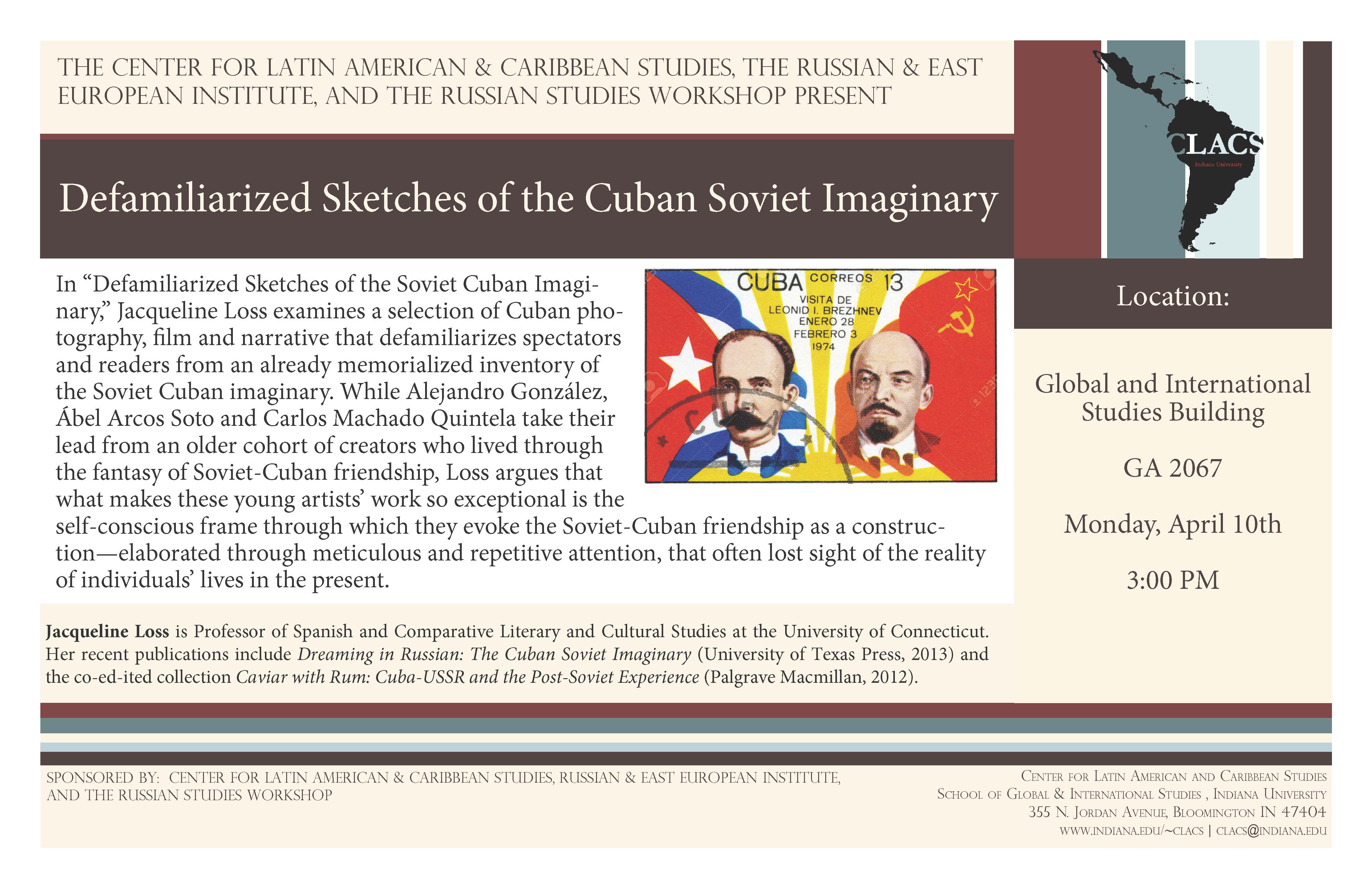