RSW Public Lecture: "Death to Old Laws and Old Servants: The Legal Clash between Patriarch Tikhon and the Soviet State in Bolshevik Russia, 1922-1923"

RSW post-doctoral scholar Francesca Silano, Ph.D. On 5 May 1922, Patriarch Tikhon, the head of the Russian Orthodox Church, was called before the Moscow Revolutionary Tribunal for having written a message that cited Church law prohibiting the collection of the Church’s sacred vessels to feed millions suffering from famine. Prosecutors sought to demonstrate that, by living according to Church law, Tikhon was engaging in counterrevolution. In fifty-five trials throughout Russia that have remained largely unstudied, Bolshevik prosecutors condemned Tikhon and Church law and announced the dawn of a more just society, which would be governed, not by religion and church law, but by revolutionary legality. 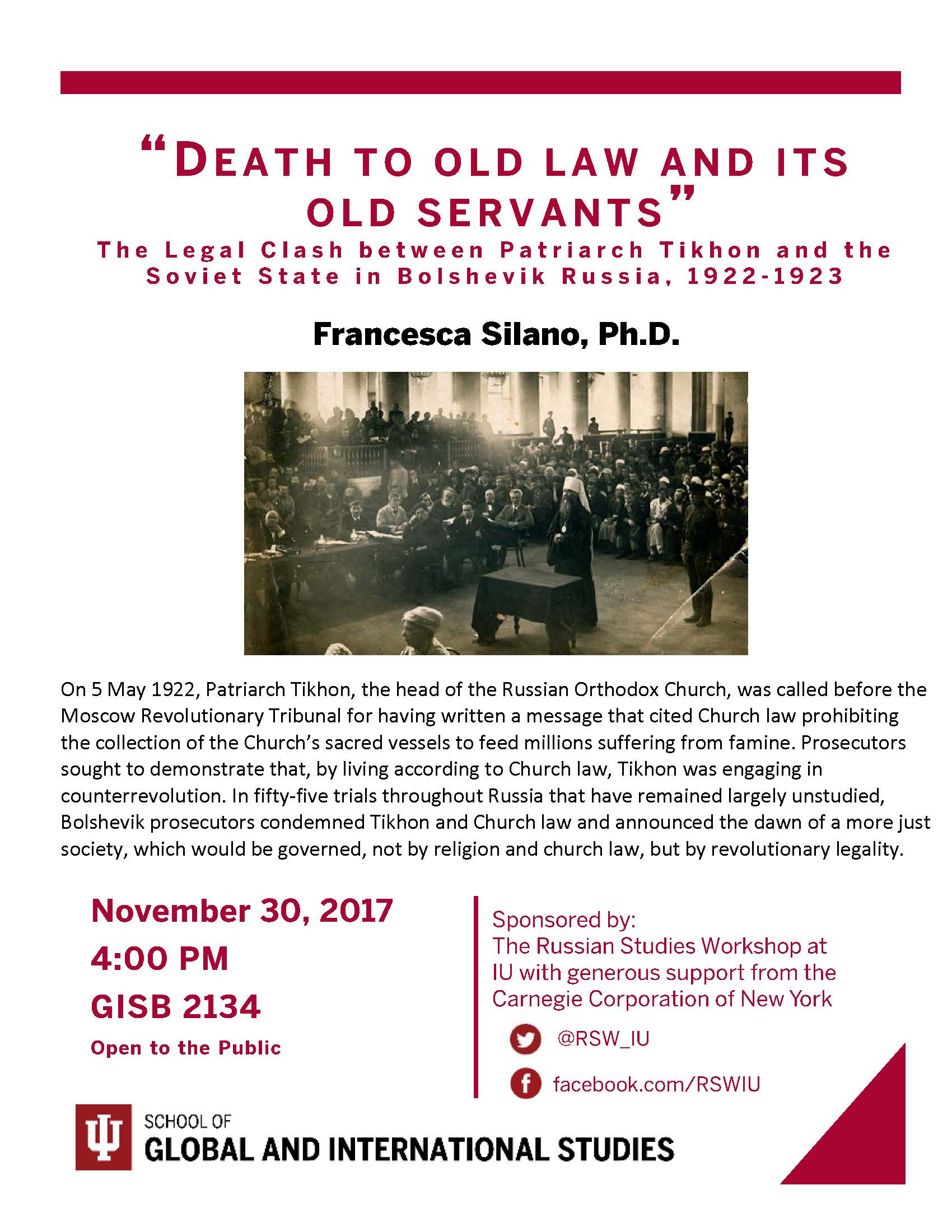