The author of Russian Citizenship: From Empire to Soviet Union (Harvard University Press, 2012) and Nationalizing the Russian Empire: The Campaign Against Enemy Aliens during World War I (Harvard University Press, 2003), Professor Lohr will discuss the main findings of his research on the history of Russian citizenship and migration policies and practices, arguing that the current situation has brought a deeply rooted historical dilemma to the fore. 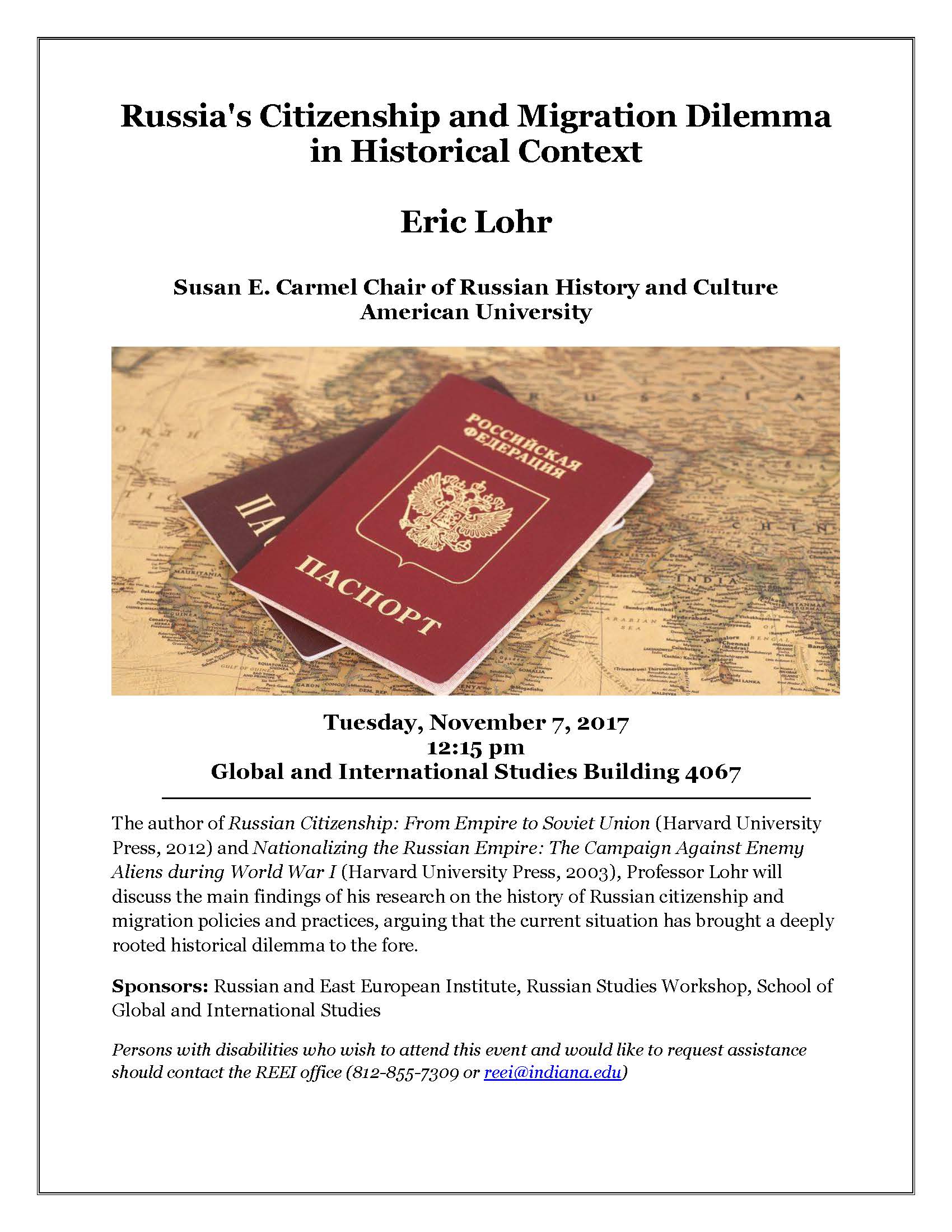 Sponsored by RSW, REEI, and SGIS