In September 2015, 193 countries adopted ambitious global goals for human development called the Sustainable Development Goals.” Ambassador Sarah Mendelson will discuss how these goals represent paradigm shift in development, and their implications for advancing human rights. She will focus on the role of "Cohort 2030," the generation born between 1980 and 2000 that the most to gain or lose from how these goals are implemented and can help demand and deliver them. She will offer specific recommendations based on her experience as a policy entrepreneur serving in the Obama administration.

Ambassador Sarah E. Mendelson served as the US Representative to the Economic and Social Council at the United Nations until January 20, 2017. Confirmed by the Senate in October 2015, she was the USUN lead on international development, human rights, and humanitarian affairs. There she oversaw campaigns to get country-specific resolutions passed in the General Assembly and to get NGOs, including the Committee to Protect Journalists, accredited to the UN. She led efforts to elevate the issue of combating human trafficking and was senior lead for the President’s Summit on Refugees. Prior to her appointment as Ambassador, she served as a Deputy Assistant Administrator at USAID from 2010-2014 where she was the Agency lead on democracy, human rights, and governance. A long time policy entrepreneur, she has spent over two decades working on development and human rights as a scholar and practitioner including in Moscow with the National Democratic Institute, on the faculty of the Fletcher School at Tufts University, and over a decade as senior adviser and inaugural director of the Human Rights Initiative at the Center for Strategic and International Studies. There she also worked as a senior fellow in the Russia and Eurasia Program where she over saw focus groups, public opinion surveys, and social marketing campaigns in Russia on a range of issues. A member of the Council on Foreign Relations and the author of over 70 scholarly and public policy publications, Ambassador Mendelson received her BA in History from Yale University and her PhD in political science from Columbia University. 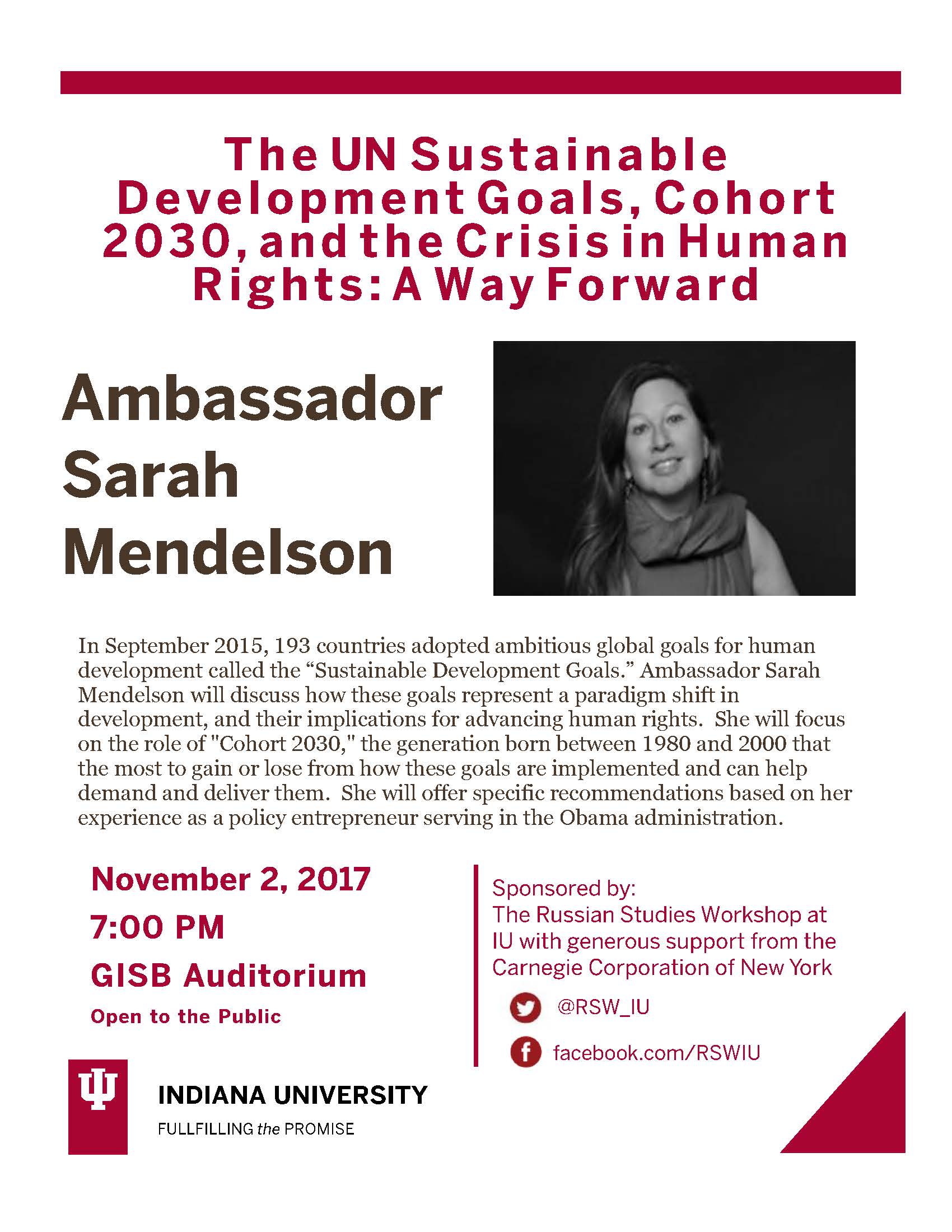