In his presentation, Mikhail Turchenko will outline the causal mechanism which resulted in the recall of popularly elected Petrozavodsk city mayor Galina Shirshina in 2015. His analysis assigns the leading role in this outcome to the regional authorities, who decided to remove Shirshina after their failure to control her actions in the office. The key step in the implementation of this decision was elimination of the autonomy of the local political elites, who supported the mayor. The regional authorities replaced popular mayoral elections in the city with the appointment of a city manager to assure their political control in the future. This case study demonstrates that the survival of mayoral governance and direct may oral elections in the Russia depends on the mayoral loyalty to regional authorities. 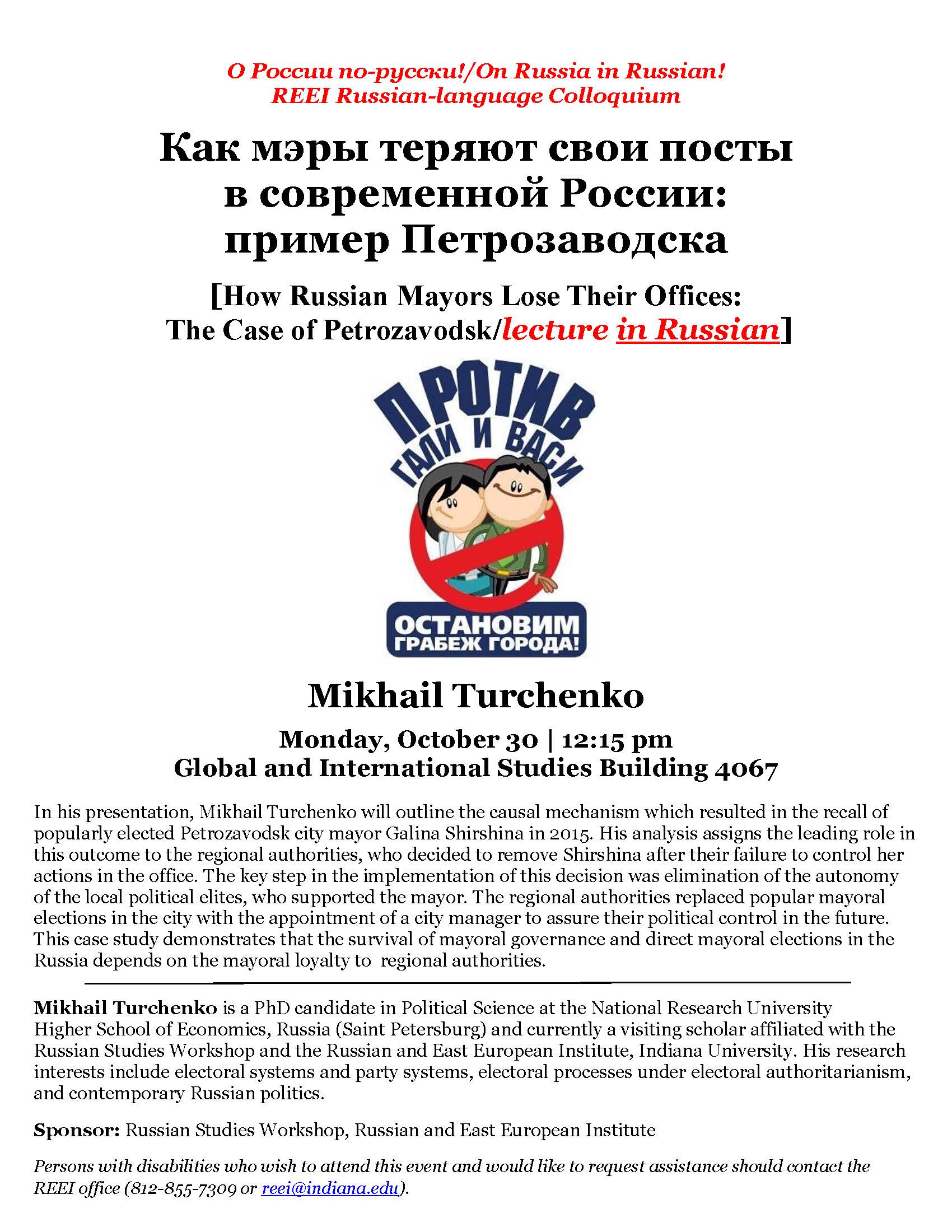