The annexation of Crimea preceded a dramatic rise in the domestic popularity of Russian President Vladimir Putin. Despite growing economic difficulties, both independent and pro-government polls suggested support at a level of 86-93% among the Russian citizenry. This talk addresses the relationship of approval ratings to media consumption, genuine political preferences and regime legitimacy in contemporary Russia. Nikita Savin is a doctoral student in political science at Higher School of Economics in Moscow and a visiting scholar in the Annenberg School for Communication at the University of Pennsylvania. His research focuses on political discourse in social media and public opinion under authoritarian regimes. 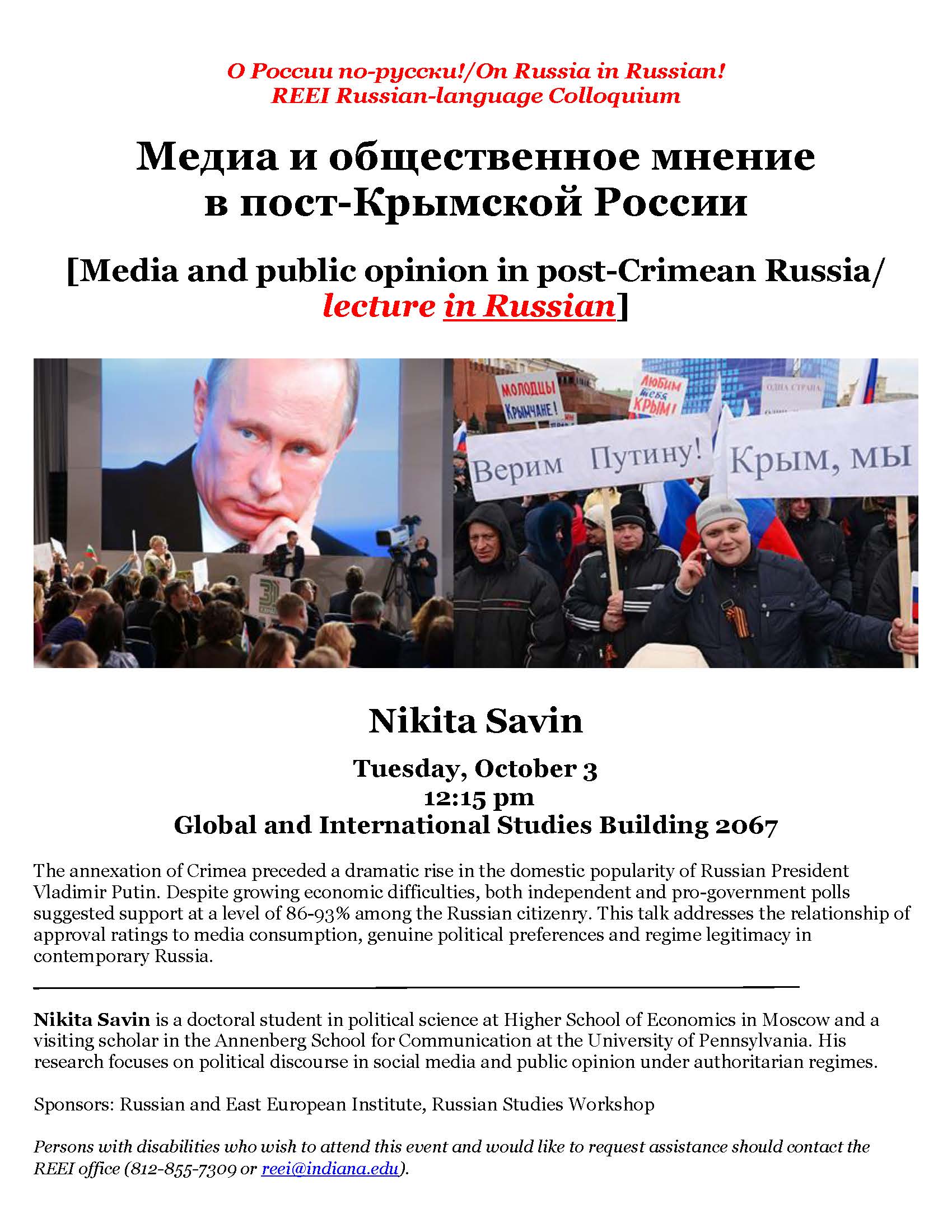